Regardless of the science behind global warming, there is a need to move away from fossil fuels. Oil, coal and natural gas act like a crutch that the entire world leans on, one that is eroding as fuel deposits become depleted across the globe. America’s dependance on this old technology needs to be replaced, and renewable energy provides a way out.

It’s Good for the Environment

All anyone has to do is sit in traffic with windows open to appreciate the stench and fog produced by fossil fuels. Los Angeles is covered in a haze while South Korea contends with pollution clouds that make their way across the skies from China. The antiquated method of energy production fills the air with toxins, affecting people in innumerable ways.

Renewable energy strives to be emission-free. Many current trends like wind and solar produce zero toxins while in use, making clean energy from natural means. Lowering pollution levels leads to cleaner water and a drop in instances of acid rain, not to mention reductions in greenhouse gasses.

It’s Good for Your Wallet

Energy production receives a lot of government subsidies, including those made by renewable resources. However, conventional methods get hundreds of times the funding than those using natural means. Investing in more environmentally friendly alternatives gets that funding back into the taxpayer’s pocket.

New methods of power production also need an updated infrastructure. Installing and maintaining wind and solar farms creates jobs that would be a boon to local economies, and the taxes generated by power plants bolster rural areas with additional funding. Renewable energy could revitalize a number of locations that have found difficulty in attracting conventional businesses to their state.

The United States has a reliance on foreign oil that leaves the country in a bad situation. Even though there is a wealth of untapped fossil fuels on the continent, high costs and necessary regulations prevent companies from exploiting them.

Renewable energy solutions the US the opportunity to not only become independent, but to stand at the forefront of the international clean energy movement. If America uses its resources to tackle this problem, it may become the model for other nations to look up to.

Clean energy is not just an idea, it’s an eventuality that the world needs to face. Fossil resources are finite, and the sooner the United States is relieved of that burden, the better. Renewable energy does what no fossil fuel can: it promises a better, cleaner future with enough energy for everyone. 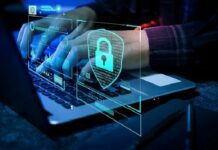 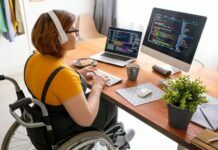