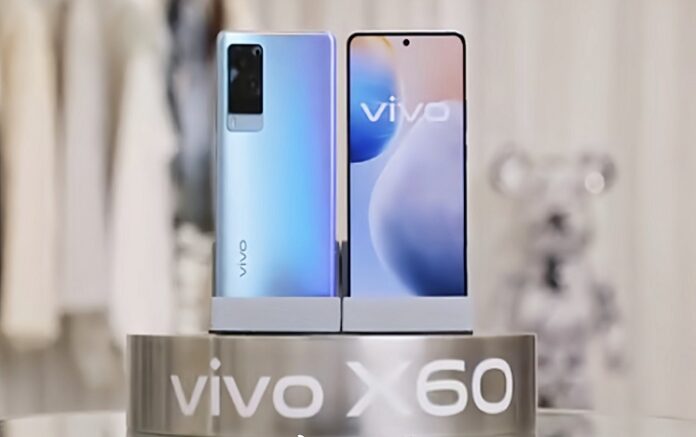 Traditionally, when people think of getting a new mobile phone, they gravitate towards giants in the game like Apple’s iPhone, Sony’s Xperia, Samsung’s Galaxy, or Google’s OnePlus series. However, there are plenty of underdog phones out there that beat the tech giants in a spec-off. One such example is Vivo, with the release of their X60 range in India back in December 2020. The series comprises four quality phones that were made in partnership with tech giants Zeiss. It goes without saying that in this day and age, customers demand a lot from their smartphone companions, including premium cameras and quality battery life. Well, hold on to your seatbelt because this series certainly delivers.

The vivo X60 boasts one of the greatest camera designs on the Android market today, which is impressive considering the competition. Both the classic X60 and the Pro model have similar camera specs, the primary difference being the Pro comes with Gimbal Stabilization 2.0 – this feature allows the lens to move in the opposite direction to counteract camera shakes. Further, the camera has excellent night vision and a 32MP selfie camera.

The X60 handsets have an impressive 6.56-inch (2376×1080 pixels), Full HD+, AMOLED display with a state-of-the-art Gorilla Glass 6 screen. The main difference between the classic and the Pro is the introduction of a 3D+ curved display to the latter. With both models, users can benefit from an impressive response rate of 240Hz, which will provide a smooth experience.

The X60 and X60 Pro are powered by the Octa-Core Snapdragon 870 series chipset. This powerful chip has an improved CPU and GPU performance of over 10% on its predecessor. The Pro+ model has the more hench Snapdragon 888 mobile platform, which brings with it 5G capabilities and a processing power increase of 35% in comparison to the Snapdragon 865 model.

This model is all powered by a powerful 4300mAh battery that supports super-fast USB C charging. From a full charge, the device will last a solid 20 hours, depending on the usage, but will easily cope with the demands of the modern user. When being used for video playback, you should get a stable 10 hours of playtime.

This phone has an incredibly smooth design that comes in two tones, with satin AG technology that makes it smooth, slick, and practically fingerprint-free. The Pro model is only 7.59mm thick, which means it’s the Vivo’s thinnest phone with a 3D curves screen. The Pro+ model sports a high-quality leather finish that provides users with a soft and warm feel.

Finding a quality phone in this day and age is a difficult task, especially when the market is full of so many sound choices. When the underdogs put out a series that holds its own against the tech giants it’s inspiring. Keep your eyes on the horizon, Vivo is coming to get you.

Careless Mistakes that Shorten the Useful Life of Smartphones